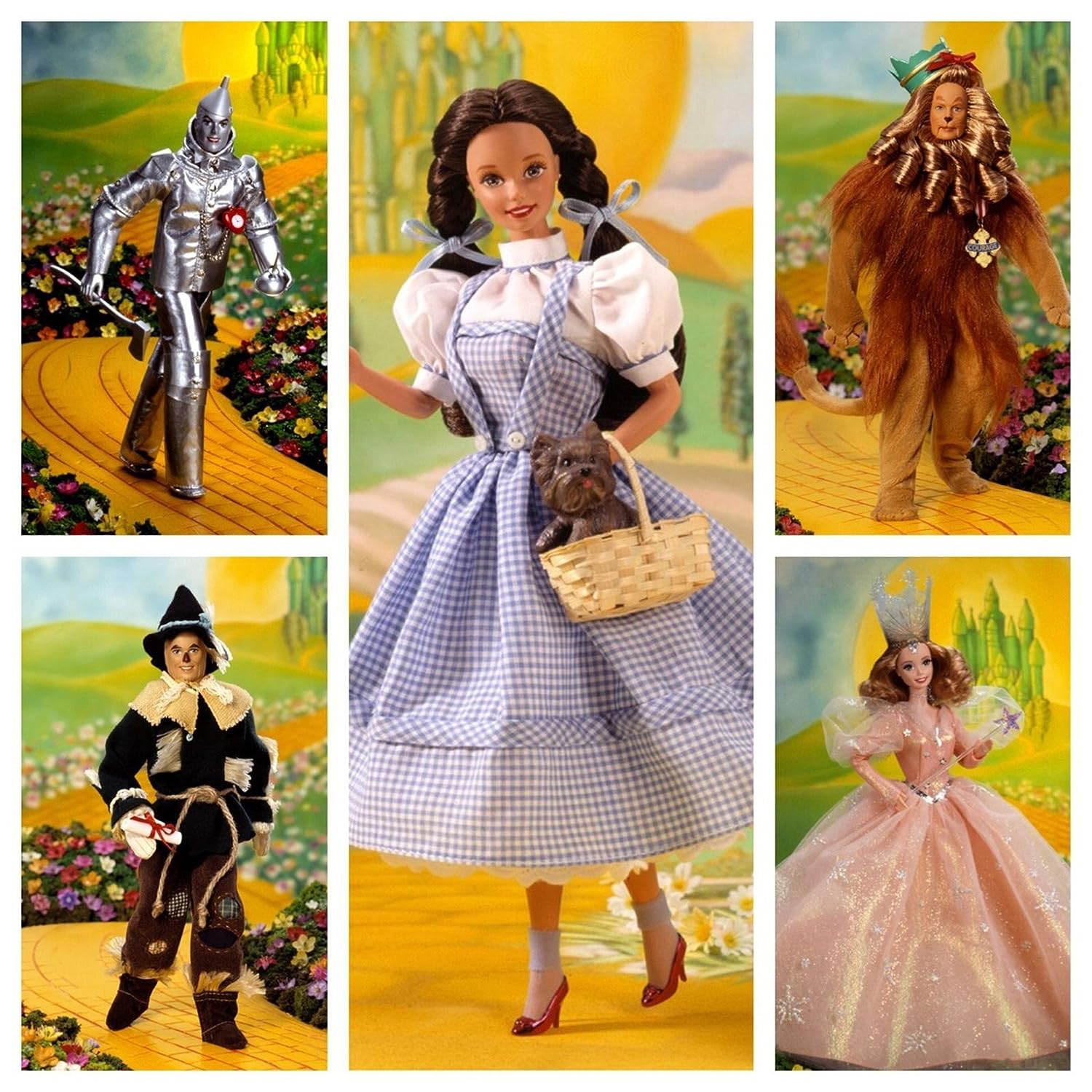 Who does not love The Wizard of Oz? I know that growing up this was one of my favorite movies. And Barbies were my favorite toys. So how much better does it get then Wizard of Oz Barbie Dolls?

Whenever it was on I would always have to watch it. As a kid what was so great about the movie was that it had a sense of magic and mystery to it. My favorite parts of the movie would have to have been the munchkins, the flying monkeys and of course when Dorothy clicks the famous ruby slippers to go home. So for me, I can’t think of anything better than to pair two of my favorite things together; The Wizard of Oz and of course Barbie Dolls.

I loved playing out scenes of my favorite shows or movies using my Barbies when I was younger. I would have loved having The Wizard of Oz Barbies. Just think of how much fun I could have had recreating this great movie! Now since I am older the only time I sit down and play with Barbies is when my daughter asks me to play. But even so, I could still see owning this great collection of Barbies even if you don’t play with them, they would look really good being displayed. Although I must admit that I would definitely have to sneak these Barbies down off the shelf to play.

Unbeknownst to Dorothy she and her dog Toto are transported from Kansas to the magical land of Oz when she gets caught in a tornado. She soon finds herself on a great adventure as she travels to Emerald City to talk to the Wizard of Oz about helping her to get back home to Kansas. On this journey, she meets The Scarecrow, TinMan and the Cowardly Lion. They all join Dorothy as she follows the Yellow Brick Road to Emerald City. They come across many obstacles that they must get through before reaching their destination.

Although Dorothy becomes great friends with all three of them and loves them very much, she desperately misses her family and wants to go home. She learns that no matter how wonderful a place may seem there really is no place like home. 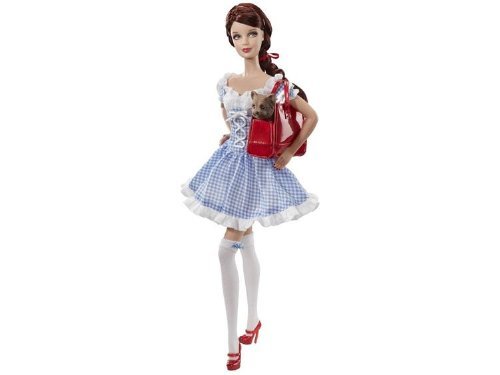 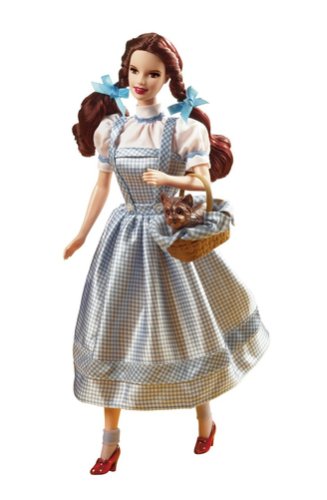 Where would Dorothy have been if it wasn’t for the help and guidance of Glinda the Good Witch of the North? She has a very special way of making Dorothy and everyone around her feel instantly at ease with just a smile. When I was younger I just loved Glinda. To me, she is just so beautiful! Just as in the movie as a Barbie, she is just as beautiful, and she instantly puts a smile on your face! 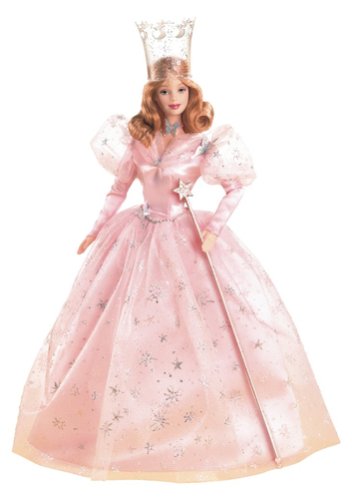 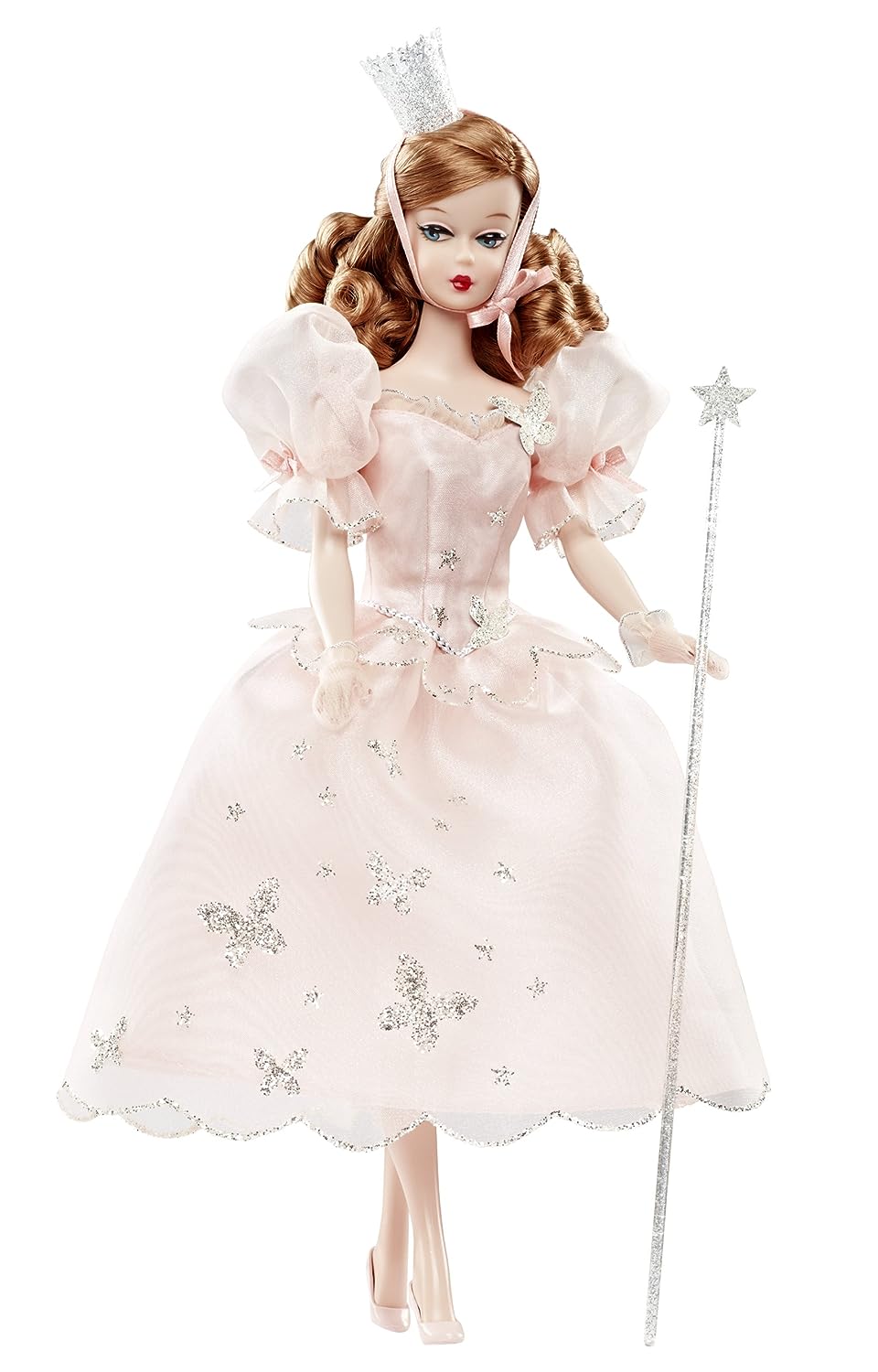 Barbie Wizard of Oz Wicked Witch of The East Barbie

Even though she doesn’t appear in the movie other than in the beginning. This is where you see her very well known stockings and red ruby slippers sticking out from underneath Dorothy’s house. This instantly made Dorothy a hero among the munchkins, she had accomplished something no one had seemed to be able to. She got rid of the Wicked Witch of The East. This is also when Dorothy is given the famous Ruby Red Slippers. 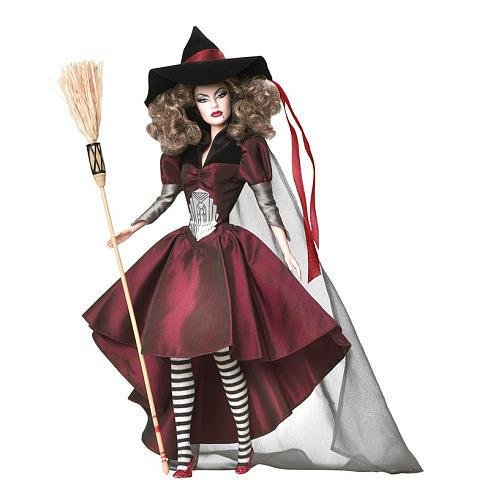 Wizard of Oz Wicked Witch of the East Barbie

When it comes to the TinMan even though he decided to go see the wizard because he lacked a heart, you soon come to find out that he probably has more heart than anyone in the whole story. He would do anything to protect his friends and is always there when they need him. This is a good example that just goes to show you that you may not always need exactly what it is you think.

The TinMan believed that because he didn’t have a heart that beat, that he had no heart at all. This, of course, was not the case. As you see with him we usually do not see the same thing within ourselves as others may see. There was, however, one drawback to being made of tin, he couldn’t get wet or he would rust and run down. He would have to be oiled in order to get moving again. You, of course, will not have to worry about having to oil this TinMan to keep him going! 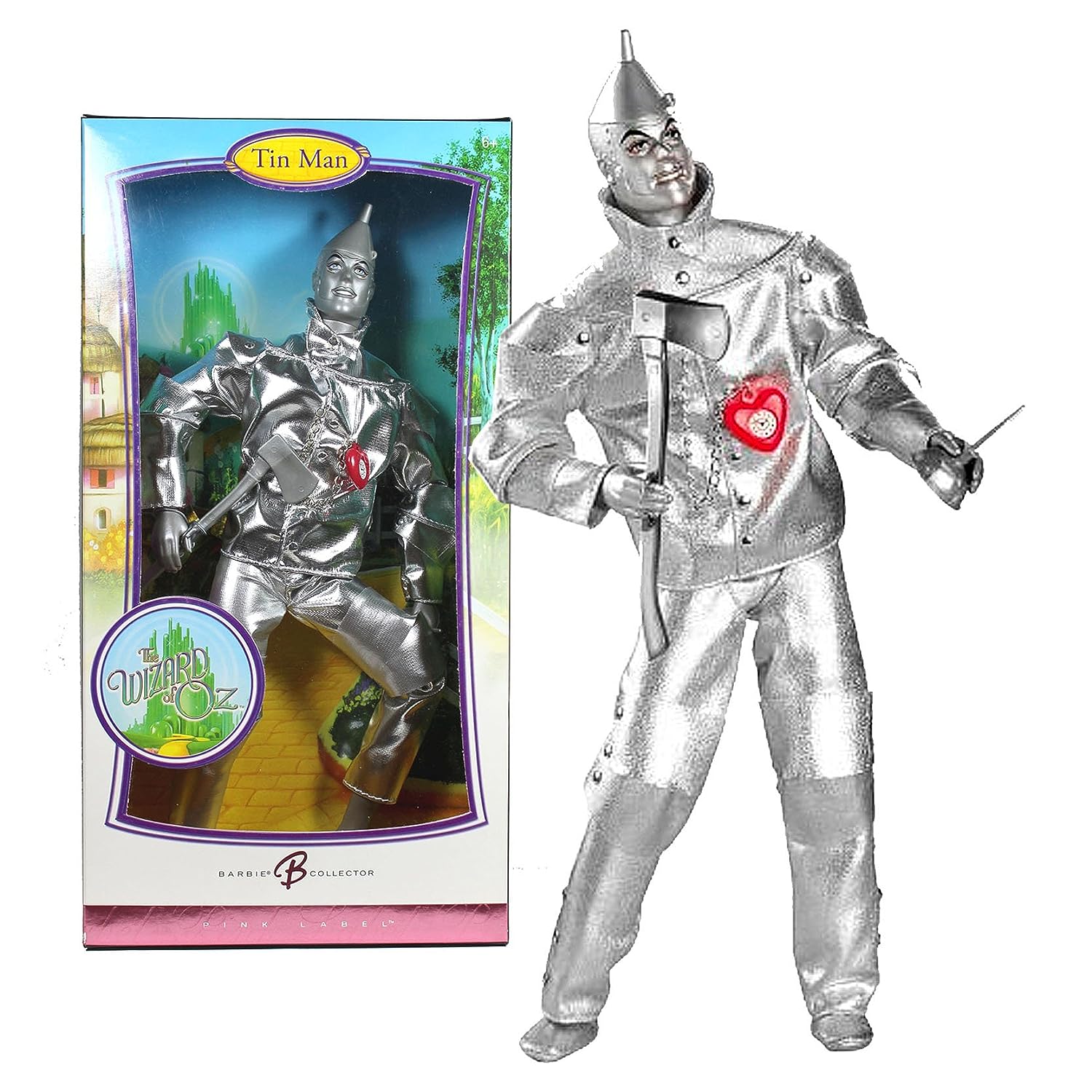 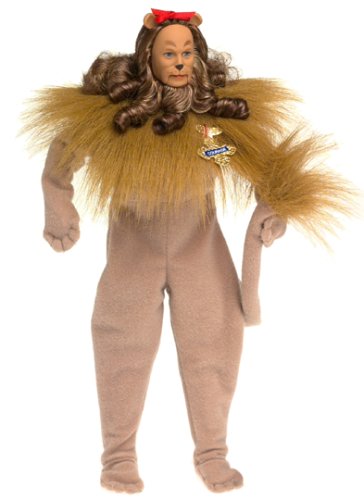 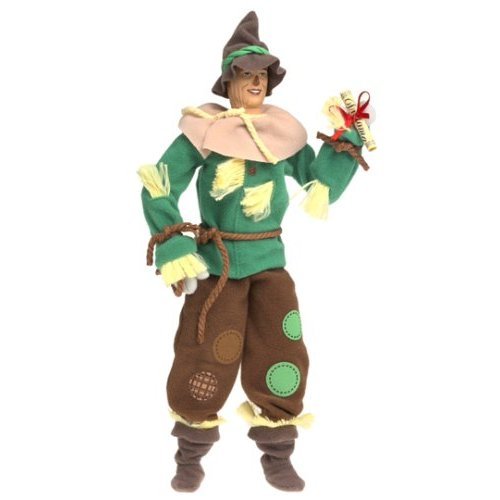 Wizard of Oz Wicked Witch of The West Barbie

Of course, it wouldn’t be much of a story without the Wicked Witch of The West and the Winkie Guard. Oh, of course, we can’t forget about the winged monkey that does all of her biddings. Imagine what you would do if you looked up and you had one of these winged monkeys chasing you. Do you think you could get away from them or would you find yourself with the Wicked Witch of the West as well? Dorothy does defeat this witch too, with just a little bit of water. I drive my daughter crazy because whenever it rains and I get wet I always say help I’m melting, which we know the Wicked Witch of the West does. You don’t have to worry about this one getting wet and melting though, she will be with you for a long time. 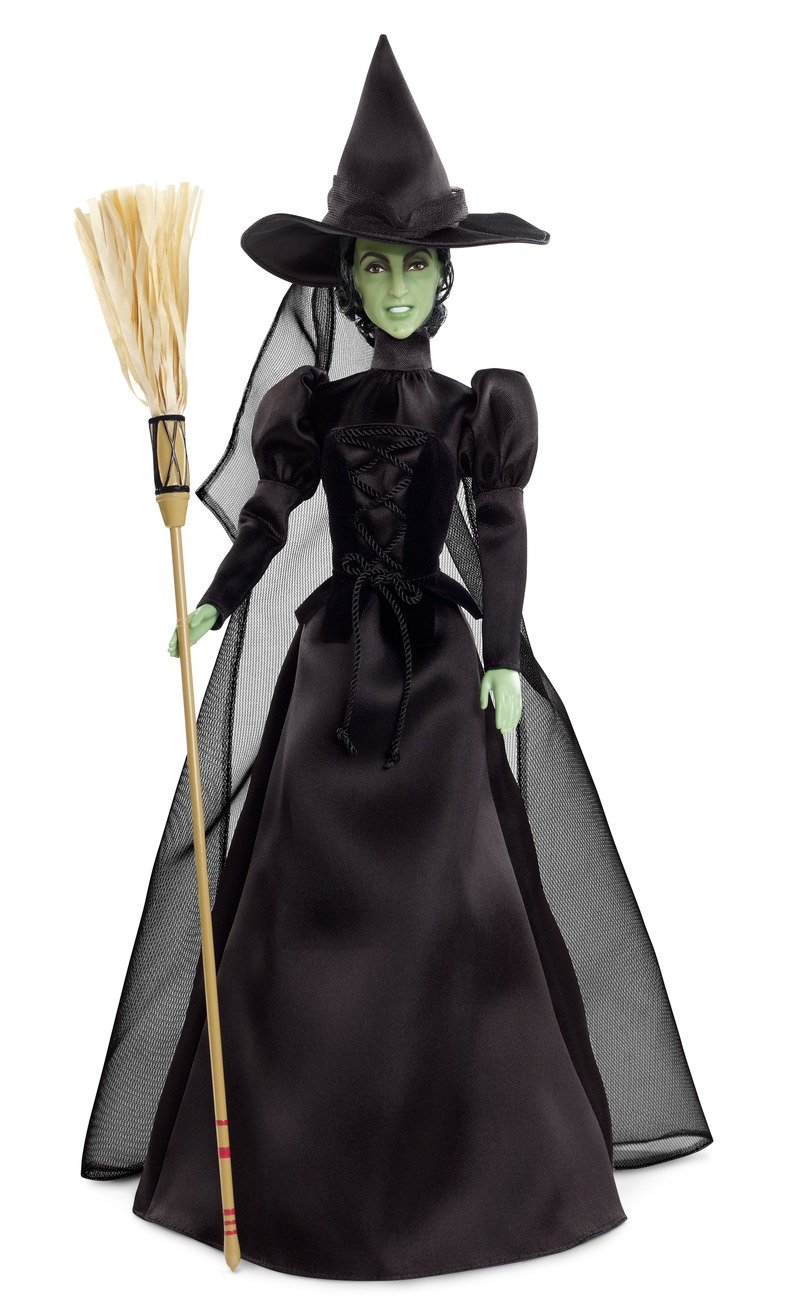 Wizard of Oz Wicked Witch of The West Barbie Doll 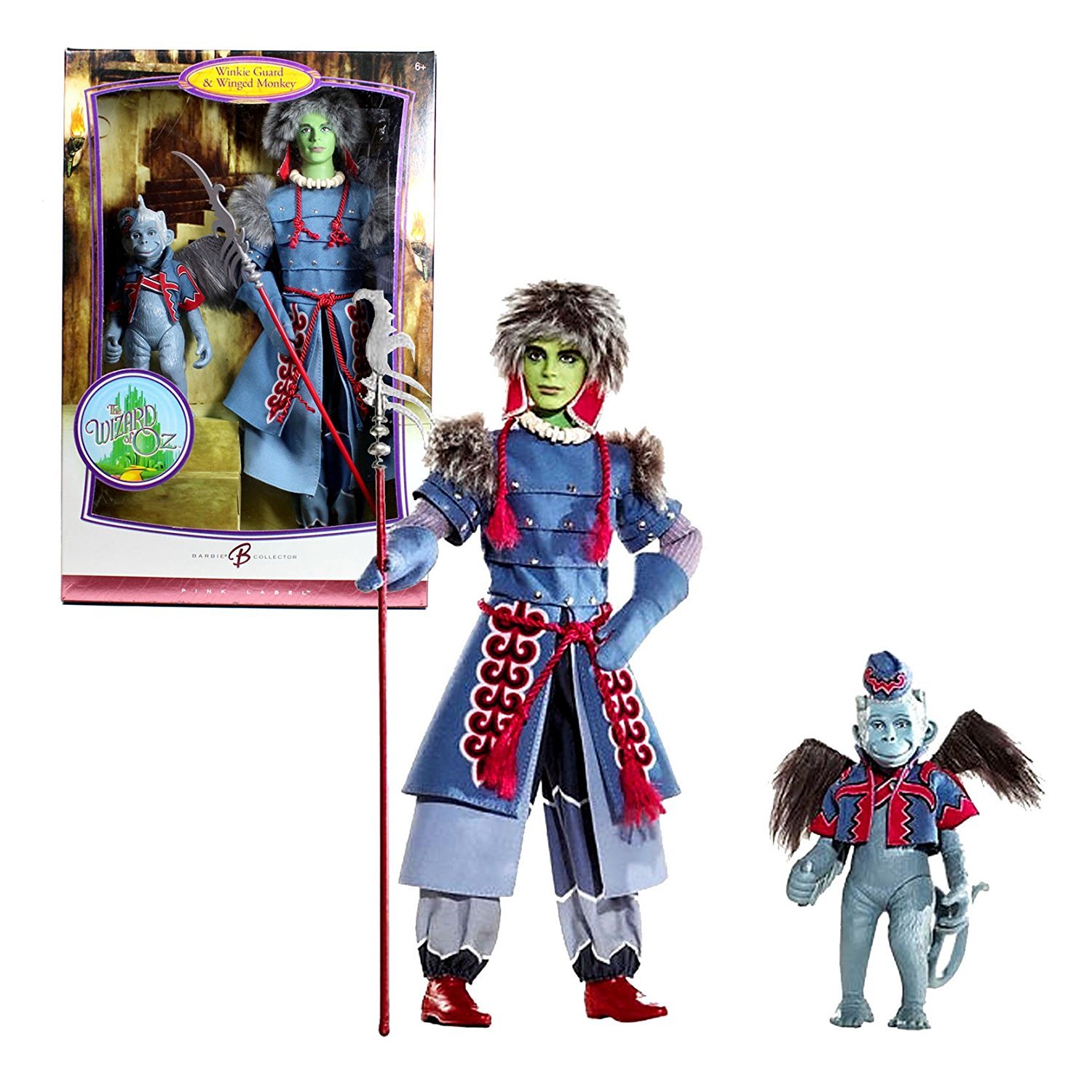 What good would it be to have Barbie Wizard of Oz Dolls without the Emerald City? You have to have a destination for them to travel to. After all, they have to overcome a lot in order to get to the Emerald City. Without the Emerald City, Dorothy and her friends would not have been able to get that which they were seeking. Here the TinMan gets his heart, the Cowardly Lion finds his courage, and the Scarecrow gets a brain. We know that this was always within them, as we see them use all of this throughout the movie and books. 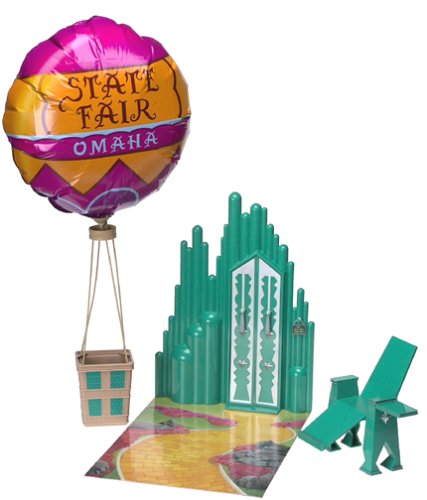 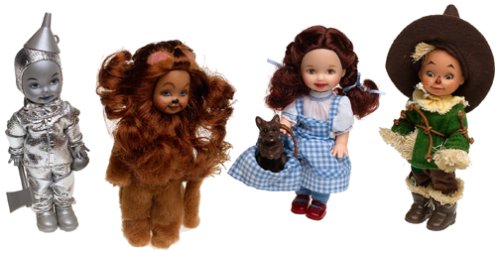 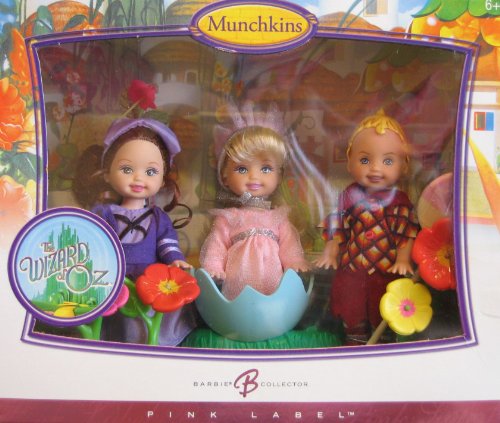 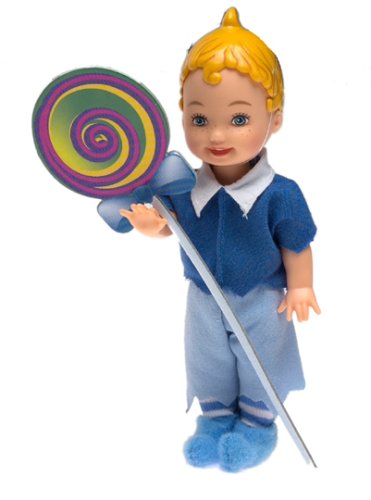 Tommy as Lollipop Munchkin – Barbie The Wizard of Oz

Check Out Some of These Great Gift Ideas!