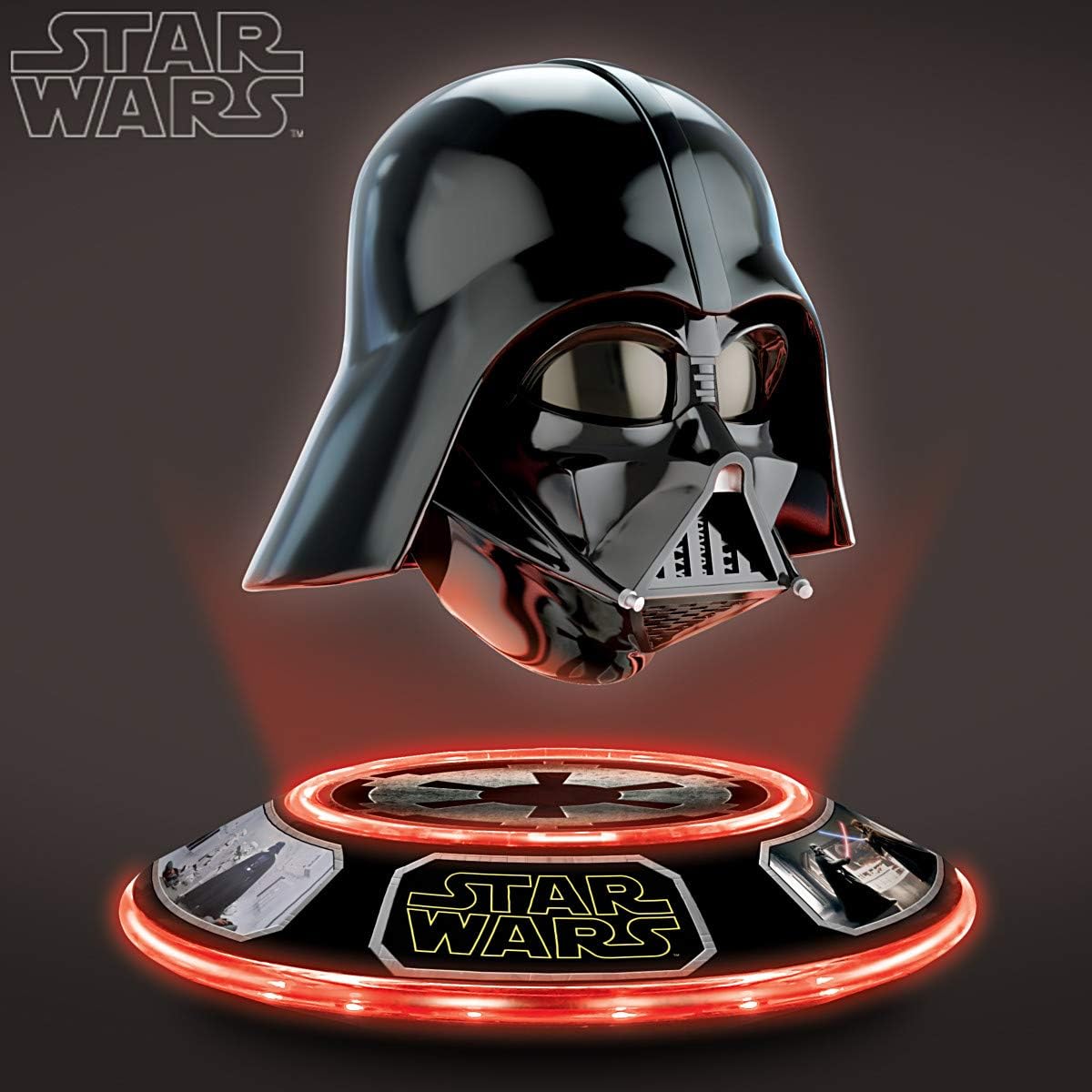 Darth Vader’s life-sustaining helmet and facemask has become an iconic simple of Star Wars and the Power of the Dark Side. You can almost feel the power of the Force as Vader’s helmet floats and spins in midair above a hexagonal base. Inspired by Darth Vader’s meditation chamber the hexagonal base if full of important Star Wars details.

With the flick of a switch, you can turn the Power of the Dark Side on and off. When the red LED light shines up on Darth Vader’s Helmet you can just feel how powerful the Force is, especially that of the Dark Side.

The perfect gift and addition for any Star Wars fans and their collections.

As you watch as Darth Vader’s helmet levitates you can almost feel the struggle that he had going on within himself. The desire to be good, but loving the Power of the Dark Side. I feel like this is why Darth Vader has become a character that we can all relate to. Although he is the villain there is a part of us that wants to see him change and go back to being good and using the Force for good instead of evil.

In addition to this levitating Darth Vadar helmet, you can find even more great Star Wars gifts and collectibles here.