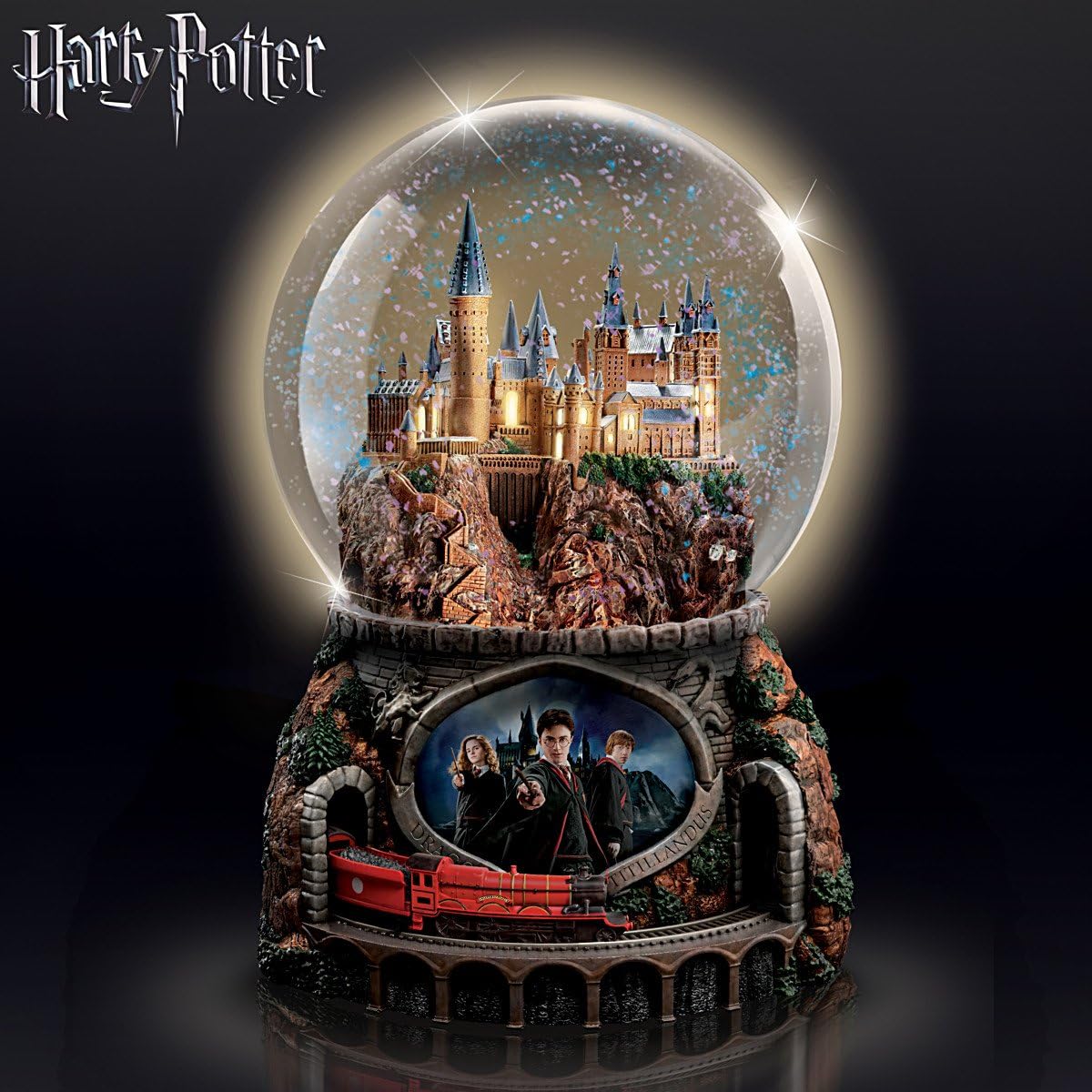 I personally have always loved snow globes, there just seems to be something magical about them. When I look at a snow globe I tend to get pulled into that world. I don’t know about you, but for me, I get mesmerized by all the different worlds that can be found inside a snow globe. Since I find them so magical and I am a huge Harry Potter fan myself. I thought that I would share some of my favorite snow globes with you. After all, Harry Potter is a magical world all it’s own. I am sure whether for yourself or a gift for Harry Potter fans you will find something fantastic to add to your Harry Potter collection.

The Hogwarts Express Illuminated Musical Globe with Moving Train I think has to be one of my favorite Harry Potter Snow Globes. An illuminated sculptural recreation of the school and it’s landscaping nestles inside the glass globe. The base includes Hogwarts House symbols: Gryffindor, Hufflepuff, Ravenclaw, and Slytherin. In the center of the base, there is also an image of Harry, Ron, and Hermione. With a flip of the switch an intricately sculpted, moving Hogwarts Express circles through the tunnel on the base as the movie melody “Hedwig’s Theme” plays.

It lights up! With brilliant LED lights that illuminate the windows of the fully sculpted school for a spellbinding effect. With a gentle shake, a shower of magical glitter swirls around the school inside the globe. Celebrate a spellbinding tale of magic and friendship with this magical Harry Potter Snow Globe. 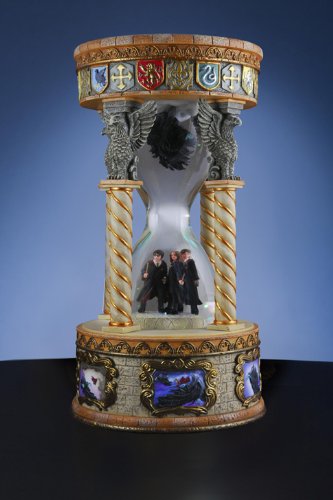 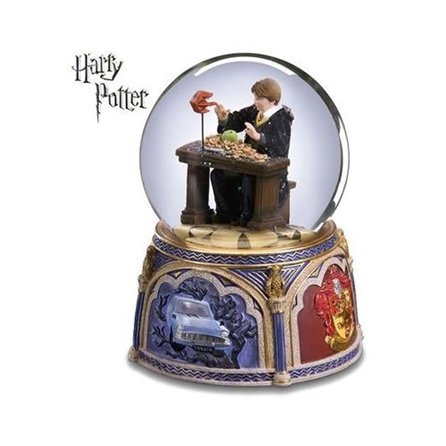 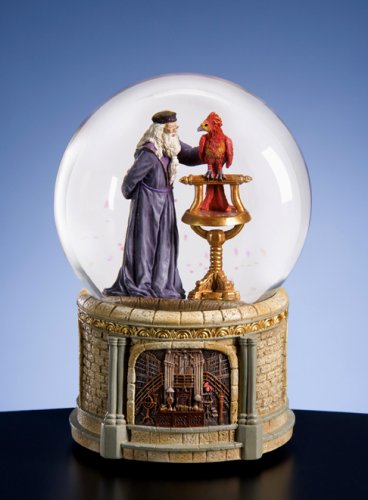 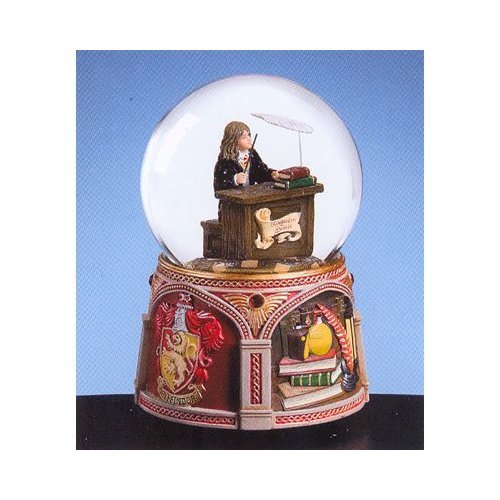 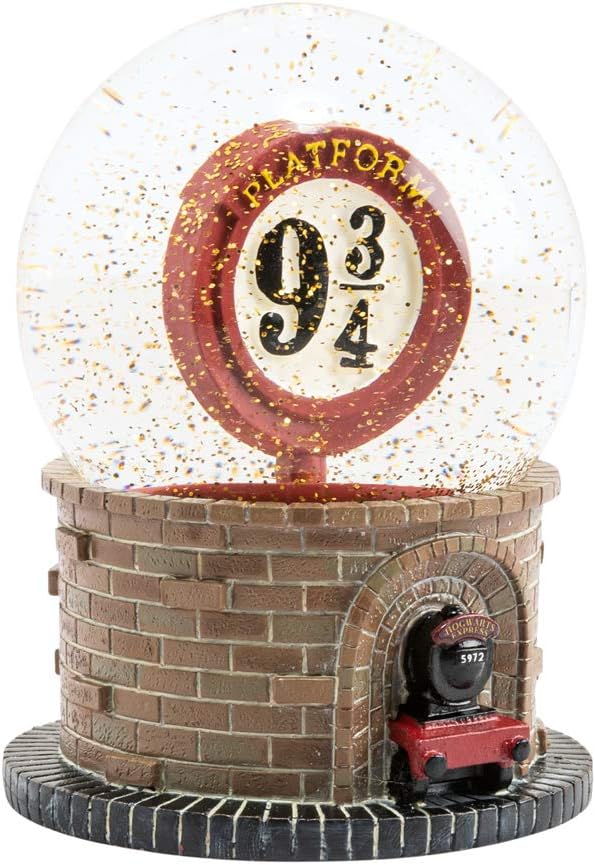 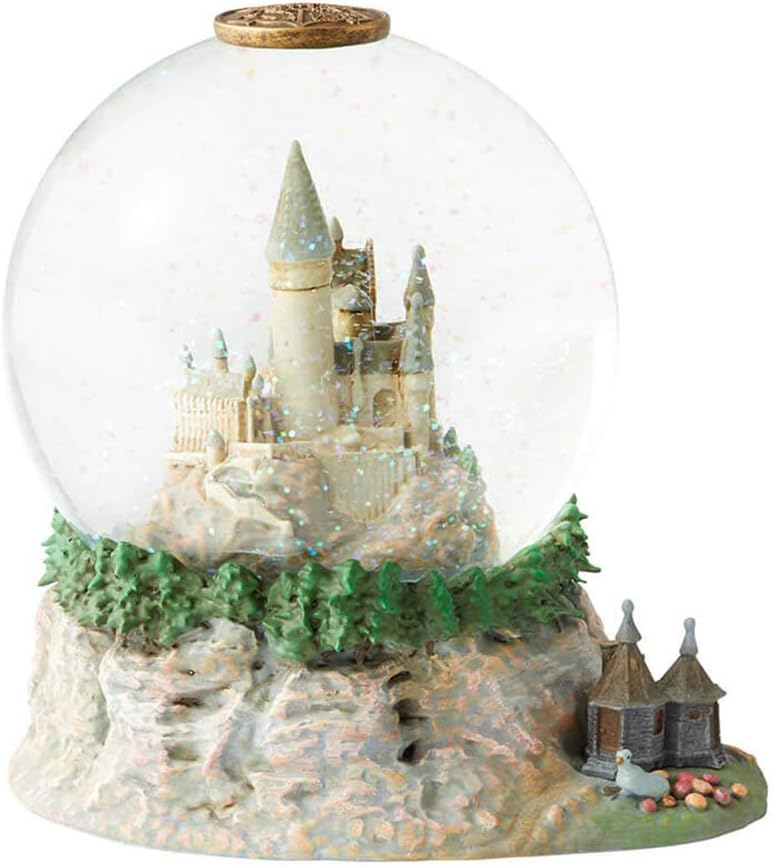 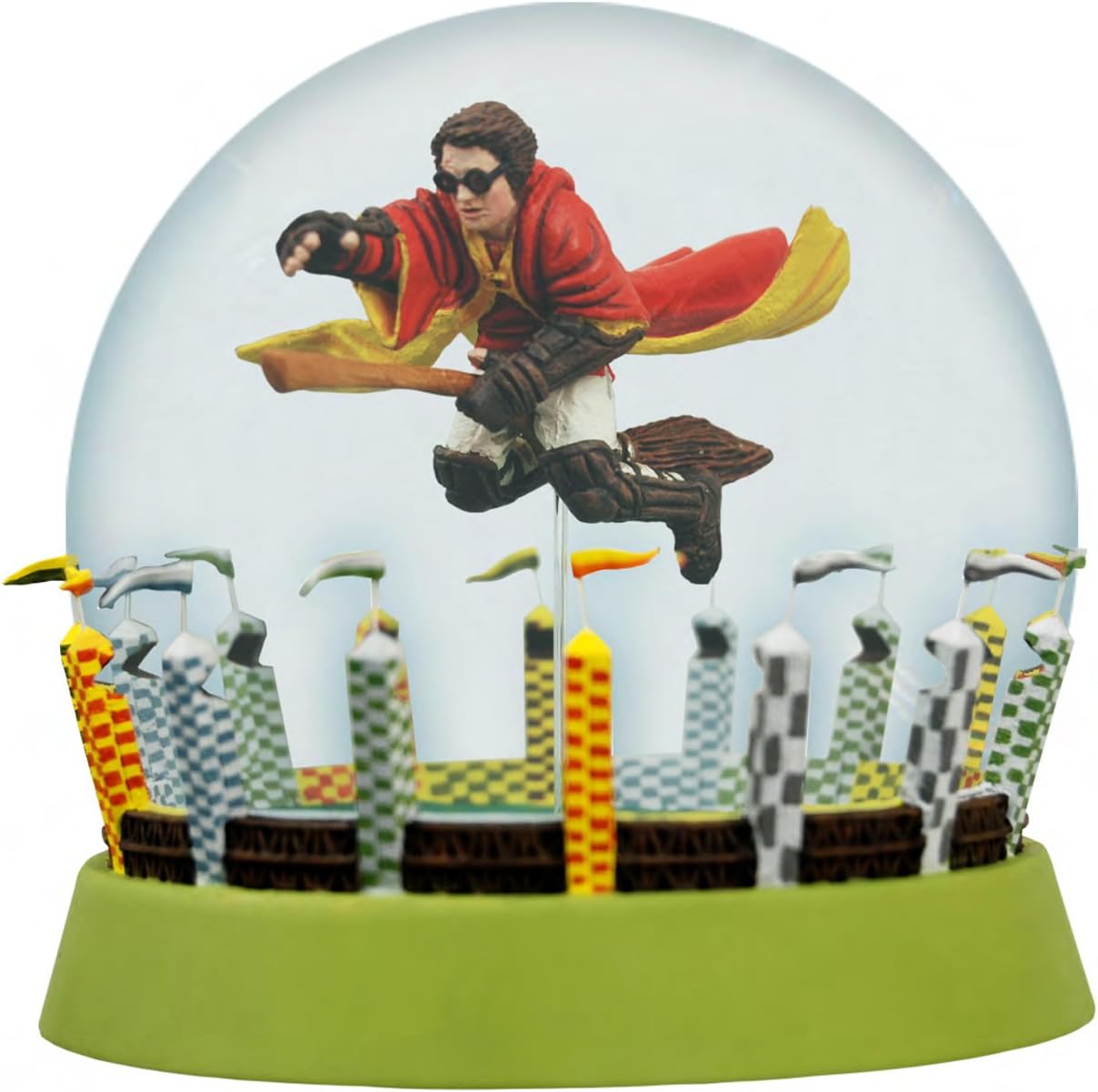